A view into the past

The Institute was established along the lines of similar institutes in other countries, and in particular EMPA, the Swiss Federal Laboratories for Materials Testing and Research. At the same time as suitable staff were being taken on and given training for work in the Institute, several laboratories were built and some research and testing equipment was obtained. By 1952, when the Institute had moved into its own building with well-equipped laboratories on Dimičeva Street in Ljubljana, the total number of staff employed had risen to 150. It was also in 1952 that the Government of the then People's Republic of Slovenia established the Institute as an independently-financed economic entity, renaming it as the Institute for Testing and Research in Materials and Structures, with the abbreviated name ZRMK Ljubljana.

On April 1st, 1991 the Government of the Republic of Slovenia issued a decree, declaring the Institute for Testing and Research in Materials and Structures a governmental institute. On the basis of a proposal by an independent commission of the Ministry of Science and Technology, and of a Resolution adopted by the

Government of the Republic of Slovenia on April 21st, 1994 about the reorganization of part of the Institute for Testing and Research in Materials and Structures into a governmental research institute, ZRMK Ljubljana was reorganized into two new legal entities:
•    the governmental research institute: "Zavod za gradbeništvo - ZRMK" (the National Building and Civil Engineering Institute), and
•    a non-governmental institute named: "Gradbeni inštitut - ZRMK" (Civil Engineering Institute Ljubljana).

The establishment of the National Building and Civil Engineering Institute, with the abbreviated name ZAG, Ljubljana, was concluded by the entry of the Institute's name in Slovenia's Official List of Companies. This took place on March 17th, 1995, and on April 1st, 1995 about half of those formerly employed by ZRMK Ljubljana took up their duties anew in ZAG, Ljubljana. On October 24th, 1996, ZAG, Ljubljana was renamed as "Zavod za gradbeništvo Slovenije", the official English version of its name being: the Slovenian National Building and Civil Engineering Institute (in the text which follows it will be referred to as "the Institute" or ZAG Ljubljana.

ZAG Ljubljana has been also established, taking into account the Law about Institutes, as a governmental non-profit institute. As the successor to the former ZRMK's organizational unit: the Institute for Research and Quality Control, ZAG Ljubljana has become the main institute for testing and research in building and civil engineering in Slovenia. Among the staff there are more than 80 experts with university qualifications, about half of whom also hold academic titles. They perform their work in well-equipped laboratories and in sections which are specialized in various narrower technical fields. ZAG Ljubljana also has an extensive library, which is of one of Slovenia's special libraries, and as such is prominent in its own field of technical literature. Owing to its status as a governmental research institute, ZAG Ljubljana is able to perform all of its work as an independent third party.

The Institute's field of work is a wide one. It includes research and pre-competitive development in the fields of construction materials, construction products and structures, as well as assessment of conformity and the certification of construction materials, construction products and executed works, together with studies, tests, measurements, inspections, and monitoring, and the analysis of the state of structures, transport devices and the infrastructure. Within the framework of its activities the Institute pays particular attention to problems connected with the use of recycled materials in the construction industry, as well as to problems connected with the rational use of energy, conservation of the environment, and protection from natural disasters and other kinds of accidents.

The Institute is a member of a number of national European institutes working in the fields of buildings and the infrastructure, and co-operates with them in numerous joint research projects. In the case of research and development work the Institute also has connections with other similar institutes throughout the world. In the field of the conformity assessment of construction products the Institute has also concluded, with some similar institutes, bilateral agreements about the mutual recognition of testing reports. The Institute is a member of the organization known as the European Centre of Information - International Certification Engineers. 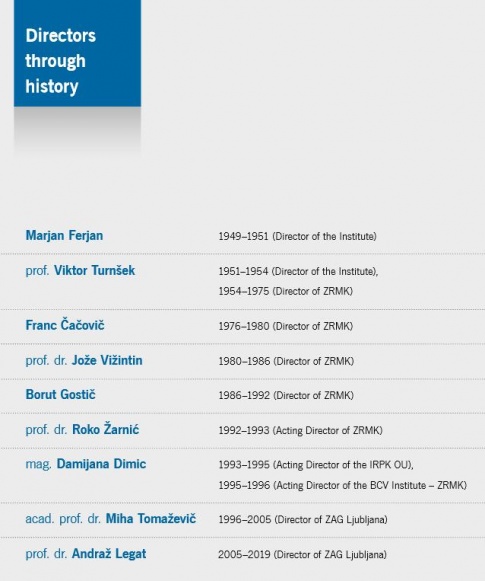